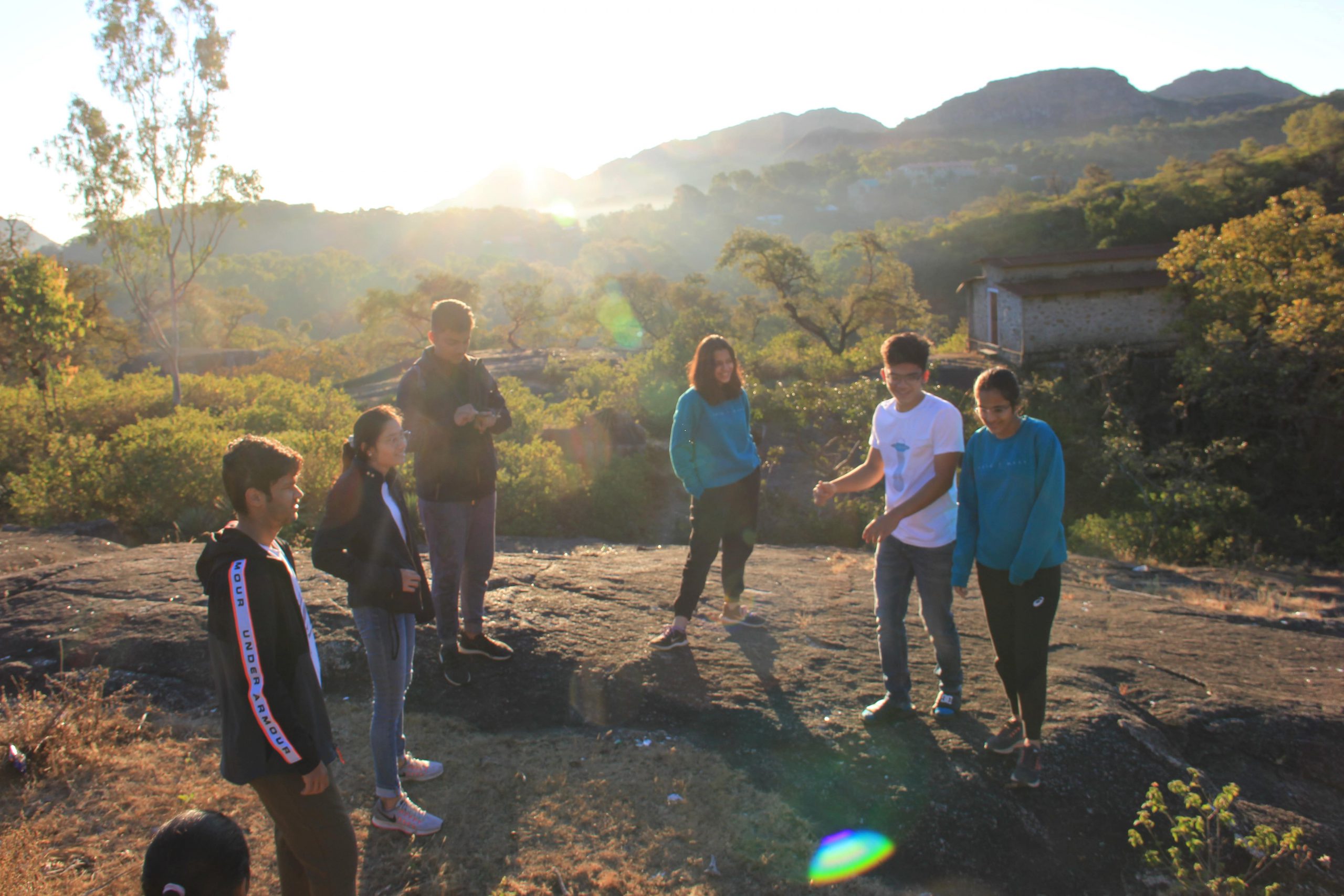 For grade 11 educational trip we went to Mount Abu, Rajasthan. There we did some very exciting and adventurous activities which included residing at a remote campsite for a week, we also
did some adventures such as morning and night treks and one of the also included late night rainy trek which was the
best moment of the trip. we also visited golden horn chimney which is the highest point with a scintillating view of the nature. We also
visited several caves and did some Caving activities there. Some of the activities were also challenging like rock climbing.

Learning Outcome 2:
Some of the challenges faced during the activity was mentally which included waking up early like 5 – 6 AM, and several physically
challenges were during the rock climbing like leg cramps and spines and thorn cuts all over hands and body during long treks. As we were out of our comfort zone it was very challenging for things like food and bed but it was worth it and helped get new experience made me much more fitter and healthier while we there.

Learning Outcome 4:
commitment and perseverance also played major role as it was week stay at the camp, it was tough to transition from AC room to small tents. so each day, commitment had to be shown but with the help friends and faculty it was a very fun and enjoyable experience.