The community service program arranged by FS has been one of the best experiences of my life. Choosing a field I like, that is art and craft, certainly helped me to build my consistency. Teaching the children creative things has been one of the most fulfilling things I have ever done.

My goal was to make those children happy and to gift them with an unforgettable day, and I like to believe that I did. I remember one of the kids, he was so smart that he translated all I said in english to his friends. That showed me that language barrier is nothing when it comes to true intelligence. Another girl was a born artist. She drew a simple sun, but that alone was enough to draw me in. Almost all of the kids I met were sweet and shy, and had good manners. I myself tried to be as open and outgoing as I could, to make them feel a little bit more comfortable in an unfamiliar environment. Teaching them to draw, punch holes, colour stuff, was almost as fulfilling as eating melted chocolate on a cold day. Along with teaching them art and craft, I also paid attention to their knowledge. I was pleased to know that all of them were getting good education. It made me glad that they all had a bright future ahead.

I also taught them not to steal or cheat. I explained to them the importance of having good morals, and that honesty was the best policy. Having your own identity, and not copying someone else was also demonstrated when I urged them to draw what they themselves like during the sessions. I also realised that the sessions may not mean much to me, but they meant a lot to the kids. So I considered my actions carefully, and made sure to put on my best behavior with them.

I worked with a new team every weekend, but all of them were just as dedicated and hardworking as me. Sometimes when I ran out of ideas, all my other teammates provided a quick solution and so we did not get hampered in our work. All of us brought new ideas to the table, and we chose the one that was the best for the kids. So we all showed the benefits of working collaboratively.

Sometimes I would get angry at having to spend my Saturdays and Sundays working, but then i would look at the smiles the kids gave me and immediately feel guilty for even thinking that. I showed perseverance and commitment, as I did not miss any of the sessions.

I am extremely honored that I had such an opportunity to spread love and creativity. 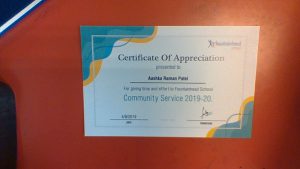 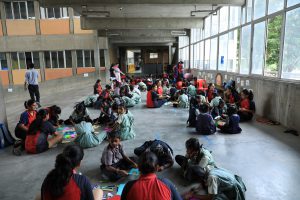 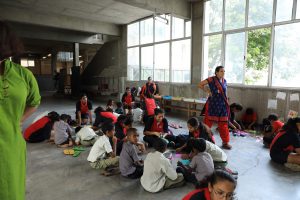 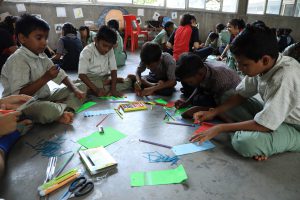