I realised that i am terrible at rebound and would rather play better as a forward, this was known to me because of my height. In the starting i used to play at the back due to my lack of awareness about the sport. So i tried my best steal the ball whenever it was grounded.

I usually play football so there is a lot of body contact and it is rather a rough sport whereas in basketball it is considered as fowl whenever there is a little push. It took me while to play this sport and we need a lot of discipline as there are lots of rules. But i try my best while playing and at the end of the day it’s a fun game to play.

I covered learning outcome 3 during lockdown when no one was interested or willing to come down, but when everyone was pushed a bit or called most of them came and they have been coming everyday since then.

Since i have joined this school i have been playing basketball for almost 5 days a week for sure. Even during my exams i tried my best to play and complete my work on time but the major problem was during the lockdown when there was no one to play in the building, so i found new people tried to play as much as i could.

Basketball is team sport and all the players have to play back and forth and its quite exhausting to do both. We all had to work on our team work and get used to each other’s plays, in basketball a sole player alone can not do anything and need his team mates to win. 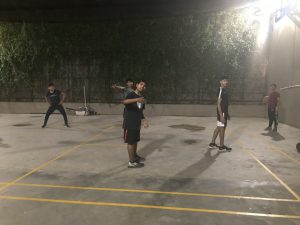 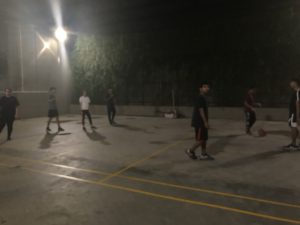