Musicana was an event hosted by students of grade 9 outside of the school. In this event there were live band performances, fun activities and food stalls. In this event I had my own food stall in which me and a group of my friends sold sandwiches, soft-drinks and coco. I was the main leader of the group and I did the cooking. During the period I faced many kinds of challenges where I had to make crucial decisions.

LO2(Demonstrate that challenges have been undertaken, developing new skills)- During the event one of the most difficult challenges was to be efficient because my stall gained popularity very quickly hence the amount of customers increased a lot. I found myself in many situations where I had many orders to make with my previous batch of my orders not served. After this happened several times we decided to make our stall a bit more organized by distributing the products among the group. Example- we made separate stations assigning each member to a station. Second problem I faced during the event was the lack of resources, the resources I needed to make food soon got over. In this situation I used various strategies. Eg- We raised the prices as soon as our resources were reduced.

LO4(Show perseverance and commitment in CAS experience)- As the leader and the main chef of my team it was my responsibility that my team’s morale was not low and they were happy doing the work I gave them. Well in order to gain full profit I had to give my best if I would not do that then I would not be able to gain enough profit or even in worst case scenario not even fulfill the cost price invested. Hence I gave my best and distributed the work by the agility of team members who did the best in which area.

LO5(Demonstrate skills and benefits of working collaboratively) In the event I had to work with 4 other people. It was important to cooperate with each other so there are no issues amongst the group. It was a mixed experience for me as in a group there are multiple ideas and perspectives so it is important to be open to suggestions to prevent clashes under the group.

LO7( Recognize and consider the ethics of choices and actions) In an event which consists of selling and money it is necessary to be ethical and always take proper actions. It was important to consider proper rules and regulations.

Overall Musicana was a successful event I faced many problems but I was able to solve them hence the event went in a smooth manner. 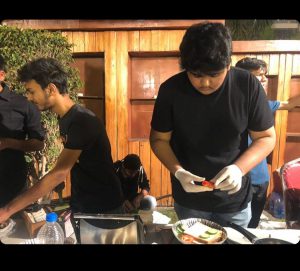 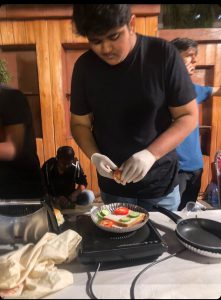