The learning outcomes achieved while spending time on this task were LO2, LO4, and LO5.

I really enjoyed working on this as a member of the decor team. I also enjoyed doing the tasks that were given to me by the leaders of the team. However, there were a few difficulties that came our way out of which was that the members of the team had different opinions and techniques to do something so it was challenging to come up to a final and single idea. Working in a group does usually cause this problem but in the end, we did come up with a single solution to which everyone agreed to and we were pleased to have a single solution without causing major arguments. Another issue faced was the time, as the day of the farewell approached, I think we had to rush through all the last minute things as we had a lot to do and not enough time left but gladly we did everything very calmly and it was a success.

Before the actual day of the farewell, most of the decorations were supposed to be done so from around 2 weeks before the event, I had to go early to school. I had to be very persistent with this and going to school early is not easy for me especially when I had many other things to do as well but I still was committed to the tasks given to me and went to school early. This commitment I had made to go early was necessary as otherwise, we would have never finished with the decor and especially not in the way we expected it to be.

As I was in a decor team, there were many other people who I had to work collaboratively with, some were my friends and some were the people who I didnâ€™t talk to much. Thanks to this activity I started communicating with the people I usually don’t. Working in a group made everything much easier than if I had to work alone as there were many ideas and opinions we all came up even though sometimes we did get confused but still came up with an idea everyone agreed to. There were team leaders who gave us tasks to do, the leaders never behaved like they were the main people, they always helped us and worked along with everyone which also made the work enjoyable.Â

Overall, this experience was amazing, I learned from others while working with many different people, I bonded with new people and most importantly I learned how to come over small challenges that came across as a group. The learner profile characteristics achieved were communicators and principled. 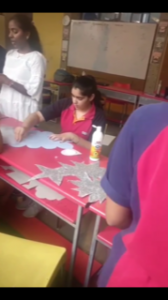 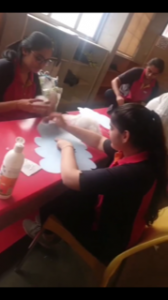