One activity that I really enjoy doing alone is cycling especially in winters. In this activity I covered LO1, LO2, LO4.

I went cycling 5 days a week for 2 months, from my home to dhumas beach and back which is a total of 34 km. When I started cycling this long it was a big challenge but eventually as my endurance grew it became easier.

For 34 Km cycling not only that I needed good endurance but I needed fitness which I lacked at the time, as I was cycling almost everyday I even gained fitness which helped not only in cycling but in many different areas of life. One major challenge that I faced was cycling against the wind which was very exhausting, I had never cycled against strong wind. Another challenge that I faced was that I usually went cycling in the evening or in the dark so I needed to take care of the bad traffic on the road and cycle accordingly.Â Â

Cycling was always fun but the part that I hated the most was to do the initial effort to get to the cycle 5 days a week for 2 months which was very difficult for me. Moverover, cycling helped me gain fitness and endurance which helped me in other sports also. 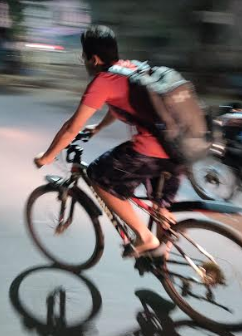 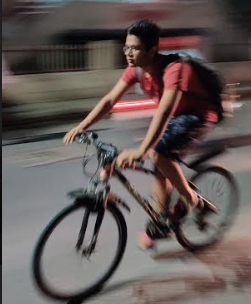