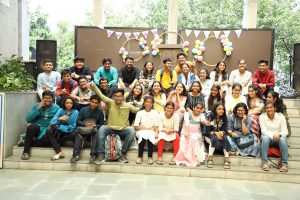 Monsoon Musings was a literary event involving an open stage where students, their family members, and teachers could come up and voice out their pieces of literary works like poems and narrations. A sub-event to this was Seva Cafe where the volunteers had to bring ingredients from home and cook or bake food at school, and serve it to the audiences and other potentials. Who could later donate as much money they felt was deserving of our work. This money was later donated to organizations like ‘Friends with Tails’ and the ‘Missing Girls Project’.

The entire process from deciding what to serve to make food within our groups to finally collecting the donations, it taught a lot to all of us.

LO4 was demonstrated as a lot of commitment was required in just making huge quantities of food since we had never done anything like this before. The taste of the food wasn’t constant since it was in huge quantities and had to be checked and corrected every time.

Here we had to work in small groups and were delegated with tasks like our group had to bake cupcakes and make iced tea for everybody. In this manner, LO5 since the group did have people we have never worked or coordinated with, and I being the group leader, had to act as a catalyst for keeping the group together as well as working efficiently in a short period of time. However, our group was very cooperative and a few people took extra efforts to make arrangements even at the end moment. Yes, there were other people who did not work at all, but they contributed by paying their part of the costs on time.

This way, including the demonstration of our hobbies and skills, working in a team towards a single aim to collect, we collected many donations as we could. The donations were for the cause of trafficked and missing girls and for the stray dogs. The improvement in these in our and other cities of India could lead to better and safer living for the citizens. Moreover, this would bring a sense of empathy within all the volunteers towards a better world indicating LO6 and LO7 since we knew about how this would lead to aÂ  more empathetic place.

The event was a success and we had earnt enough donations for the organizations. This helped me identify a whole lot of skills within myself and it drew my attention towards these issues which need our assistance and empathy. 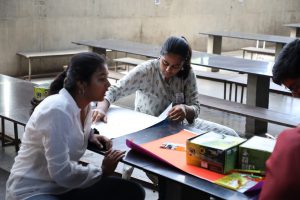 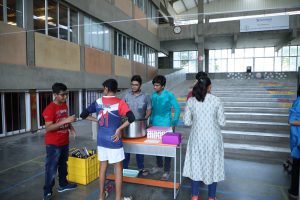 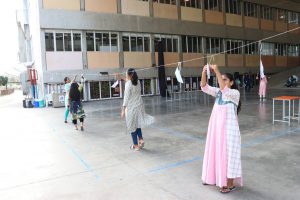