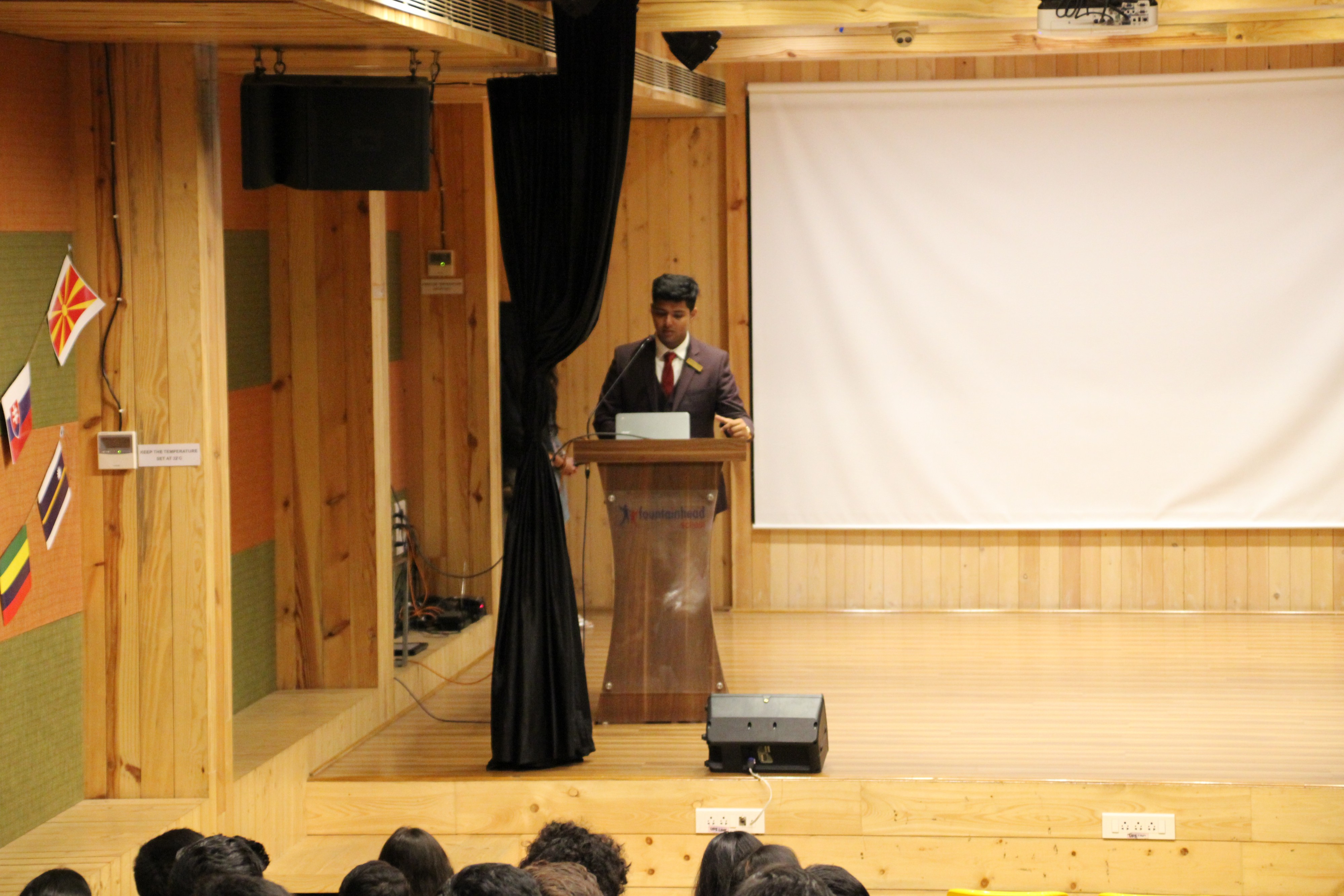 I have been involved in Model United Nations since the ninth grade, as its aim to broaden perspectives and create multicultural cooperation is extremely intriguing for me .In these years, I have attended over 15 MUN conferences across the country and have devoted significant time to it .Befittingly, I felt it would be the best CAS Project I could undertake because of my significant commitment towards it .

I served as the Secretary-General of FSMUN 2019.

Model United Nations is designed to simulate the activities of the actual United Nations. Therefore, the aim of Model UN is to pass a resolution on a certain topic through negotiation and debates with delegates representing other countries.

I had experience with attending and organizing conferences but this year I would be the one who was in-charge for the entire event. I was clear that I had to undertake this challenge and that I would put in the work for it . I was clearly able to identify my strengths and weaknesses before starting to be able to work effectively. After this brainstorming, I realized one of my greatest flaws:I was not a very good team player .Over the course of the event, I worked on my weakness and by the end of the conference , effectively eliminated it .

FSMUN took place in August but the planning had begun in March. The core team consisted of four members with me steering the boat.Â Organizing a MUN conference is no easy task and Coordination was the biggest challenge we faced; I and by extension the team coordinated with multiple stakeholders from within and outside of the school :teachers, the administration, food and transport departments, students in and out of school ,and multiple vendors.We were successful in coordination because we worked collaboratively and learnt how to manage communications.Over the six months we worked towards FSMUN, working in a good team became our greatest strength .

To help expose students to issues of global significance, I introduced topics which were very relevant in the domains of security, defense, international relations , et al. Being aware about global issues makes us a true global citizen and we made all efforts to be one.

One of the biggest ethical issues were faced when it came to fights within our team, I knew I could do many things but they could hurt others and would not be ethical so I refrained from doing such things even though it made me look wrong . I understood that some personal sacrifices have to be made for the greater , common good and tried doing my best to ensure that things ran smoothly .

FSMUN 2019 utilized all the seven CAS learning Outcomes and was able to develop traits of being Knowledgeable , open-minded, a good communicator, being principled, being caring and more. This experience was deeply connected to my subject , Global politics as whatever discussions took place were in the international political context. FSMUN was a big success and was able to successfully spread the ideals of multilateralism and cooperation within all participants .

FSMUN was a defining moment of my life as I leant many life skills and developed as a learner through the experience.