As a part of my CAS activity, I took up dancing for one year. I went to a professional dance class 4 days a week, for one hour each day, to learn different styles of dancing. We learnt short routines that lasted from 30 seconds to 1.5 minutes and the teacher made sure to never take the same style twice. My goal was to both polishes a skill that I already possessed by exposing myself to as many styles of dancing as possible.Â

( LOs – Identify own strengths and develop areas for growth, Demonstrate that challenges have been undertaken, developing new skills in the process, Show commitment to and perseverance in CAS experiences )

My strengths were that since I had learnt dance since a very young age I understood the rhythm and was rarely off-beat. However, the challenging part for me was the dances which had a slower beat and included smooth movements. This was because I had always been exposed to either hip-hop, Bollywood or semi-classical dance forms. So getting my movements to flow was sometimes a tough task. However, through months of practice, I was able to master that skill as well even when it came to floorwork my steps gradually stopped looking shabby and incomplete.Â

Perseverance was definitely an issue in this activity. As much as I enjoyed dancing, spending one-hour every day plus transit time was a lot to spare. Doing this activity meant that I could not waste any more time throughout the day and I had to be twice as productive. So initially I always found the easy way out on somedays by not going altogether, but as time progressed I began to see the effect of my irregularity on my skill and academics both. I observed that this activity became a breather and stress-buster for me in the midst of all the schoolwork since I used to go to the class in the evening at 6, a time I used to previously study at. So by going to the class, I used to feel good about doing physical exercise which motivated me to be productive. Hence, by the end of the year, I became much more regular than before.Â

The activity in all helped me sharpen my gross motor skills, become a reflective individual and I believe an activity such as dance which is both a physical activity and involves creativity can boost-up any studentâ€™s well-being.Â 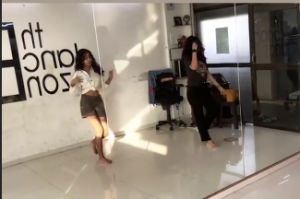