Fountainhead Schools Model United Nations was a student led event primarilyÂ  an educational simulation and/or academic activity in which students can learn about diplomacy, international relations, and the United Nations. Students get a chance to debate about different ongoing political and environmental issues and share their views on the same, while representing different countries. I was a graphic designer for the 6th edition of the FSMUN along with 3 others in my team and was assigned to make various posters, placards and certificates.Â

LO2 –Designing new posters from scratch was a bit of a challenge for me in the beginning as I didnâ€™t have a lot of experience in creating posters for a big school event such as this even though I was really creative. There were a few posters which I created but unfortunately werenâ€™t exactly what the authorities wanted, so I kept trying and created several posters which were then used by the authorities to publicize FSMUN. As I kept designing and creating new posters, I started feeling that it wasnâ€™t too hard to create the posters and everyone liked it because I was starting to develop that skill.Â Â

LO4 -Â Although creating posters was interesting and exciting for me for the first few tries but eventually as the workload kept increasing and as the event kept getting closer, it was hard for me to balance my studies with this and it was hard not to get frustrated by the constant changes I had to make in the posters. For example, while creating a poster, I had to change the poster 27 times to make it right, so I had made 27 drafts because there was always something which was remaining or was unsatisfactory for the leaders. In these times, I chose to be perseverant and patient and I was committed towards giving my best in the posters, and therefore I prioritize my time towards completing the FSMUN tasks first and foremost.

LO5 -Â The most important aspect of this CAS experience was collaboration with the team mates. All my teammates had different strengths and weaknesses such as I was good at giving an aesthetic touch to the posters while creating it but often lacked in adding all the details whereas someone else was really proficient in giving all the details of the event but often made the posters a little ugly. The workload for the graphics team was fairly high and even the smallest of flaws or duplicates would cost the school it’s FSMUN reputation and therefore we had to make sure that our team was functioning properly with all the work delegated properly and we had to ensure that no one is repeating any poster or certificate.

I demonstrated the learner profiles communicator, open-minded and principled as I had to efficiently communicate all the necessary information as per the work done and the work left and fulfilling the requirements as per the FSMUN authorities. I had to take in all the inputs from my teammates to design all the posters, certificates and the pla cards. I was principled during the designing process ensuring Iâ€™m not copying ideas from other posters on the web and creating something of my own. All in all, this CAS experience taught me a lot of new skills apart from just graphic designing, especially working in a team with a lot of workload. 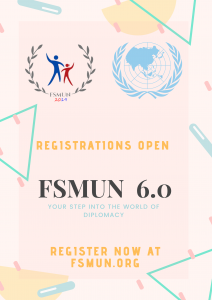 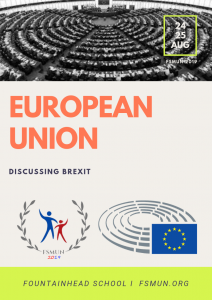 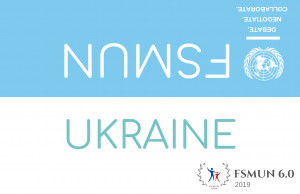