FSMUN is aÂ conference held in school for which I am in the organizing committee. I will be volunteering for the decoration of the conference, be in the logistics team as well as anchor the opening and closing ceremony. I have always had an inclination towards organizing events which also includes doing all the decoration part. Being in the OC member of the MUN conference is giving me an opportunity to learn how MUN’s work as well as be a part in making the school conference be exceptionally well and commendable. Being a part of the conference will also help me achieve the sustainable goal of quality education and partnership to achieve the goal. The learning outcomes I achieved were LO1, LO2, LO4, LO5, LO6 and LO7.

LO1 and LO2: The preparation for this event gave me a lot of insights. I realized that I could make the decorations and do everything that is expected however, giving ideas for decoration was not my cup of tea. Moreover, I also realized that I really enjoyed managing people, from guiding the juniors how the things are supposed to be to actually doing everything by myself. I also came across the fact that I was really nervous during speaking in public and hence, when I had the opportunity to do anchoring, I jumped at it without thinking. The preparation for anchoring and mock speeches gave me a lot of confidence and despite messing up the speech on the final day, I was really proud on how I overcame my stage fear and nervousness.

LO4: It took 3-4 months for the event to happen from the planning stage. We had to come early-in for 20 days which was very difficult as I usually study in the morning. Giving up 1 hour morning studies hampered my basketball training in the evening as I had to complete the work afterwards. Despite all the changes, I felt that it was worth it.

LO5: Organizing or being part of any event requires collaboration. Participating in various events has taught me so many skills on how to work with people and deal with all the issues. The main issues I faced while working in a team was that not everyone was persistent and committed towards the work we had which led to a few people doing a lot of work and a few doing nothing. A lot of times I felt that I had to do others work too as they had not completed the assigned task. There were times when I asked the person to do it and there were times when I did the work anonymously. However, without the team, this event would not have been possible.

LO7: Ethically doing work was something that was made sure during the whole process of the event. In decoration, we had to cite whatever image we used or give credits to all apps that we used to create graphics. Also while writing the speech, I viewed various online speeches for guidance however, I made sure not to copy any lines or phrases and just use the existing scripts as an example.

To conclude, I learnt a lot during the whole process of the event. I was a risk-taker and courageous as I faced my fear or public speaking, I was open-minded as I was open to all suggestions, I was principles and a communicator. 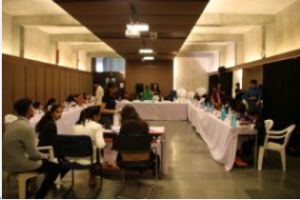 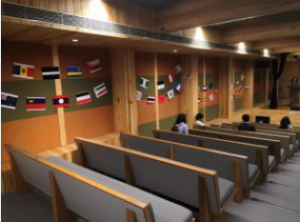 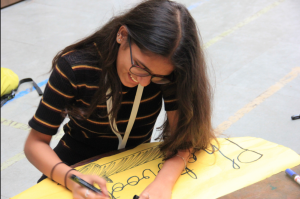 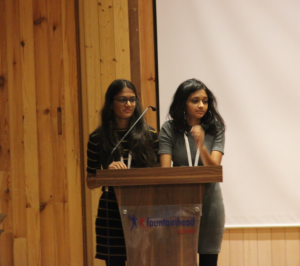 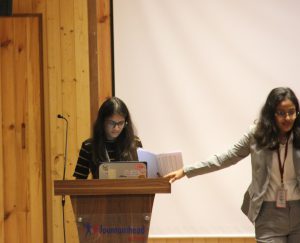 The certificate of participation: 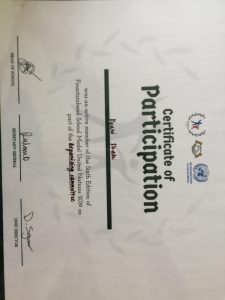