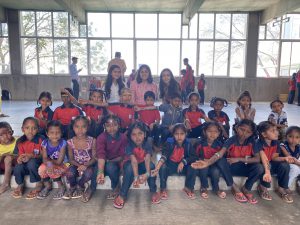 This event was simply about giving one day of ours to the underprivileged kids and make that day fun and productive since they have limited sources of entertainment. We planned about 50 activities and shows for the kids of a government school who came to our school for a few hours. This event had shows like bubble show, puppet show, etc. It had activities like thread art, paper bag making, nail art. It also had ridden for the kids like a merry-go-round, and several other swings. Our responsibility, being the event coordinatorÂ  was planning the event which included planning activities, gathering volunteers, ordering resources, inviting schools, etc. Our school did assist us everywhere, but the major work had to be done by us.

LO1Â  and LO2 were very evident learnings because we had to be self-reliant all the tasks were very new for us, thus all of them became a challenge that built some of the other skills in us. I knew I was good at finances so I decided to handle the budgeting all by myself. The resources were in bulk and we had to keep in mind that they should be used efficiently and neither money, not the resource is wasted. Moreover, there were several problems that occurred end moment, like volunteers backing out and the unavailability of resources. We had to then make arrangements and take spontaneous decisions that were learning for me and developed the skill of making quick and thoughtful decisions. This was a great opportunity for personal growth.

LO3 and LO4 were demonstrated as despite of this event already existing in previous years, we brought in new ideas and creativity to the activities we planned and even how we managed volunteers and a crowd of about 1900 people. Even though this was in middle of our academics and we had to manage time, additionally, there were several unseen obstacles that came by, we all core members were determinant to make this event a success and kept working towards this aim that in the end was accomplished.

This work wouldn’t have been possible all by myself, thus the core team was always very essential during the entire process. The different skills possessed by each one of us was helpful and our collaborative effort towards the event could make this possible. In fact, even the volunteers who were about 60 people worked together and showed willingness for the project. LO5 was accomplished while working with all the different groups of people who made this event a success.

Lastly, LO6 was largely catered to this since we identified how the underprivileged kids don’t get all that they deserve, their sources of entertainment are hardly anything and a day dedicated to them, their smile and happiness was very important for us to realize the importance of gratitude in our lives. There were several issues of global significance that were catered to during this event and has brought a lot of self-realization in me as well.

Hence, this event was an experience for a lifetime with a lot of learning and fun. It has made me understand small things that probably wouldn’t have struck me without being in the event, from planning to the execution. 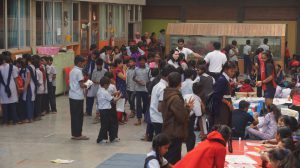 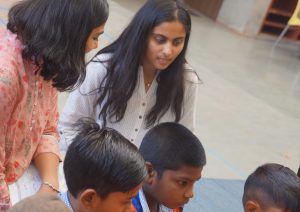 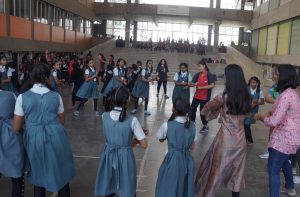