Skip to content
we the students of grade 11 had to give a farewell to our seniors and for that, we had to start up with the planning one month prior as me and my partner we the dance choreography head. The event gave me an opportunity to showcase my creativity and leadership skills and make the event as lively as possible. We had a very difficult task to make others learn the steps and I was really nervous about meeting up the expectations of the teachers and the students of grade 12.
LO1- I believed we had amazing dances that added glow to the event but there was a lot of chaos and misunderstanding between the crew which could have been avoided if we had better planning and better work allocation. now as I am aware of the managementÂ stuff I will make sure that next time if I get any such responsibilityÂ I do the task properly with all perfection.
LO2- we had a team of 20 people which was hard to handle. in this communication and leadership skills play a major role. There were a lot of circumstances which led to a small argument but at last, we came u with conclusions, moreover we had a deadline to choreograph all the dances but we faced time management problems but at last we sorted that out too.
LO3- we made a spreadsheet that divided the task for me and my partner and this also helped people to know on which day they needed to come early in to learn the steps. Starting, few days were tough as people didn’t follow up on the deadlines but everyone started to understand their responsibilities and performed really well.
LO4- We were excited for the task assigned to us as choreographing dance was a fun part but since the day we got to know we had to come early in for the entire month was a difficult task as it leads to time management issues but taking such an important responsibilities, we made sure we don’t miss an early in and complete our task in the assigned time.
LO5- Taking everyone’s opinion and working in a large group is a difficult task as it leads to conflicts and arguments but at last, we came up with win-win situations for all and it helped us get better ideas for steps and for arrangements.
LO7- there were a lot of changes in dance steps and groups because of people not being present during practices so it wasted a lot of time to make others learn the steps however we divided the work to other dancers and it helped it better time management.
Evidence- 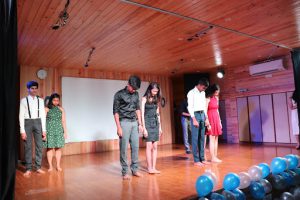 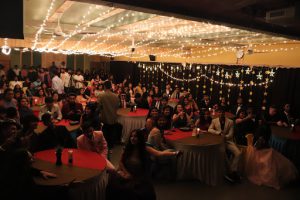