Ultimate is a team sport played with a flying disc.Â The object of the game is to score points by passing the disc to a player in the opposing end zone, similar to an end zone in American football. Players may not run with the disc and must keep a pivot while holding the disc. There was a National Championship series 2019-2020 held by the Ultimate Player Association of India that I took part in. There were 3 parts to the tournament Sectionals, Regionals, and Nationals. This was a regionals tournament.

LO1- Identify own strengths and develop areas for growth

Morning camps have immensely helped me identify my strengths and weaknesses. After I started going for the camps regularly, I realized that my strengths were my judgments, my speed, and my height. Therefore, I was very good at playing deep because that position requires all the three skills mentioned. Therefore, now, whenever we play, I am usually the deep cutter. Camps also helped me identify that I was weak at handling the disc and that I had low stamina. I always had a fear of getting defended and throwing a bad throw while handling. After several practice sessions, I was able to throw the disc confidently to my teammates. And also improved my stamina by jogging one hour daily.

LO 4 â€“ Commitment to and perseverance

As I was playing with a big team I had to commit to attending training camps regularly and also work harder every time. During the regionals series, I got injured several times while training or playing matches. However, I showed perseverance and came back stronger every time. There were times where I was not able to cope up with my teammate’s stamina however Through consistent practice and hard work, I was able to develop my fitness and play similar to that of my Teammates level.

Since Ultimate Frisbee is a team sport, It is essential to develop Team building skills as we have to work together. One of the Important skills and learner profile I developed and reflected through this was Communication. In any activity where there is a team and collaboration or team effort is needed, Communication is the driving force to it. One of the reasons for the success of our team was effective communications in the form of feedback within teammates.

Through this CAS Activity not only did I get better at playing the sport I admire but also developed many skills that are required in living a successful life. I also developed my Character through this process and learned many things about myself and what my capabilities are. 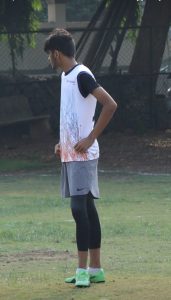 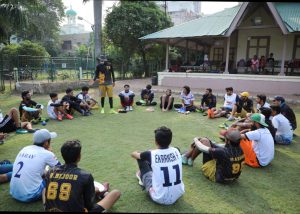 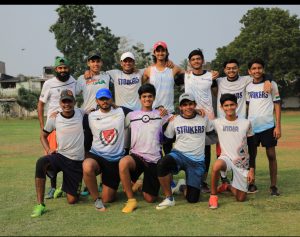 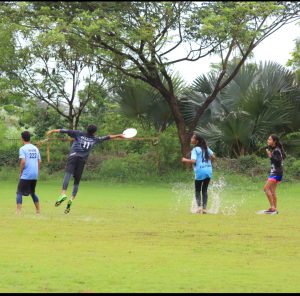