Fountainhead Schools Model United Nations was an event led by students in late December , basic idea of the model united nations was to discuss global and political issues similar to United Nations, I was a graphic and web designer for the FSMUN 6.0 and I was responsible for posters, logos, placards and website development for the event.

The event was only for 2 days but the preparation and to successfully handling this scale of the event led hard work of roughly 2 months especially for me in website development because I was proficient in website developing for quite some time, it was one of the strengths, so for me it was interesting and fun task.

Initiating the activity was a major challenge because of workload and things I was responsible for most, in order to overcome that I had to organize myself by keeping small agendas and tasks each week to complete for example each week I had given myself a task to complete such as week 1Â  – logo, week 2 – certificates like that.

Commitment, coordination, and perseverance in these long events were challenging parts because coordination with almost 4-5 people was a difficult part especially when everyone had different opinions and ideas. With time and patience, things were clear enough for everyone and everyone was on the same page which made the work completion efficient and faster.Â

Learner profile like communicator, knowledgeable, risk-taker and principled was best depictions of myself during the activity because communication is the key element in the group projects, knowledge in IT skills, graphics and creative was essential. At times risks were taken which showed my confidence in my skills and strengths and had to be principled for efficient completion for the activity. 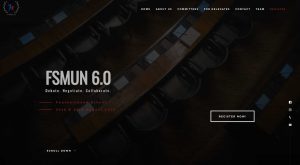 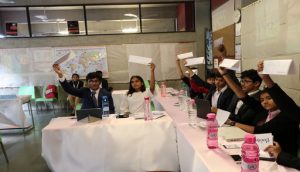